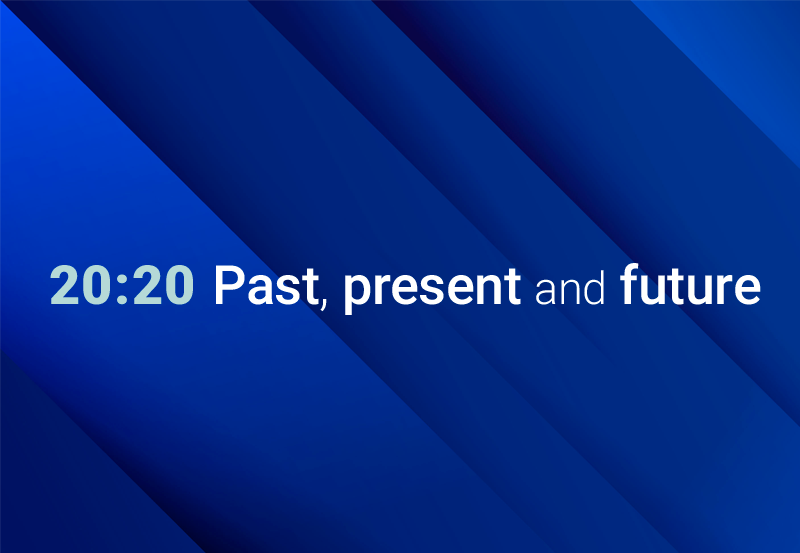 Posted at 11:44h in Fundraising ideas and trends by Daryl Upsall Consulting International

In June 2001, I sat at the same IKEA desk as I am writing at today and prepared a presentation foe the second fundraising conference of the Spanish Fundraising Association (then called the AOMD). The theme of the conference was “Nuevas Perpectivas en la Captacion de Fondos y el Marketing Directo” (New Perspectives on Fundraising and Direct Marketing).

I was honoured to be given the opportunity and as the theme was future looking, I prepared it in Microsoft PowerPoint 97-2003, a cool “new tool” that has itself just become a teenager. Meanwhile, Amazon had been selling books for just 4 years and had got new logo,

Google was a toddler at 3 years old and Facebook was yet to be born. My own, initial company, Daryl Upsall Consulting International would be founded 5 months later, on the 21st November, 2001.

So, no pressure on having to predict the future of fundraising.

Strangely, at that time I had my vision of the future direction of fundraising for the next 10 years quite clear in my head. You can check whether I was right or wrong by looking at that presentation here.

Some 20 years later I find it much more challenging to predict more that the next 5 years ahead, let alone 10 or 20 years hence.

Looking back in my archives of the articles, presentations, workshops etc that I have run over the last 20 years two key themes seem to emerge and merge, namely “Mega-Trends” and the “Speed of Technological Change”. For those familiar with PESTLE (Political, Economic, Social, Technological, Legal and Environmental) analysis, used to gain a macro picture of a business sector environment, I was looking at what external to fundraising would be impacting our sector.

As COP 26 ended last and having been involved with COP 1 and the Kyoto Protocol whilst at Greenpeace, even in 2001 Climate Change was to be the biggest mega-trend that would impact us all. Globalisation and the rapid growth in size and scale of multinational companies and INPOs (International Non-Profit Organisations), and the rise in the of the Indian and Chinese economies and their enhanced political power I could see happening in the coming years.

However, optimism for fundraising in the much-heralded BRIC and BRICSAM, the fundraising and non-profit sector as a whole has not grown in the way I would have expected.

Our optimism at the end of dictatorships and military rule in Latin America and apartheid in South Africa; the opening up of Russia with “glasnost” (openness) and “perestroika” (restructuring), leading to the fall of the Berlin Wall and the Communist bloc and the opening of the economies in India and China, my predictions of a boom in the social good sector did not happen. Instead, the rise of autocratic rule, nationalism with in many cases, tough sections and the control of civil society has severely held back our dream of a thriving sector in much of the world.

Technological change, and its impact on society and fundraising, on the other hand far exceeded any expectations, that I made back in 2001, it has just taken longer to get there than I expected. I recall co-presenting the internet or as it was called the “World Wide Web” and email, and how Greenpeace was fundraising with this to some 200 sceptical non-profit leaders in London in 1994. (Remember, Microsoft did not have an email product until it bought Hotmail in 1997!)

In 2001, I boldly stated that the Digital Age was here and that “WAP, Bluetooth, SMS are here now for fundraisers” and “You can donate or buy via your mobile phone, Psion or pocket pc” for non-profits that has only really become a reality in the last 5 years.

It has taken China to fully realise the power of having millions of micro-donations as my presentation contributor, John Baguley predicted should happen, as well as how we pay and donate; “Paper money won’t be used much. Bang goes a whole raft of fundraising techniques. More money is spun through the universe buying and selling money than is spent on goods and services. We are nowhere in that world yet. The first fundraiser to get the hang of a % of the % will clean up – electronically.”

On the technology side I certainly failed to see how important Google and Facebook would and can be in driving digital engagement and donations, apps such as Twitter (2006), WhatsApp (2009), Instagram (2010), TikTok (2016).

Other predictions from 2001 have held up surprisingly well, in retrospect such as; the decline (though not death) of direct mail; the increase in DRTV especially linked to digital; continued expansion of face to face fundraising; the increased importance of CRM and 24:7 – high quality donor support and relationship management; the end of corporate philanthropy with the rise of corporate partnerships based on mutual value and the increased power of the biggest global INPO brand.

So, what about my predictions for the next 20 years?

Watch this space, I will share my thoughts in my next 20:20 blog, coming soon!